Forbes Magazine ranked the best countries to live the retirement (and not only) after the outbreak of COVID-19 and placed Portugal – the third safest country in the world, where English is widely spoken – at the top of the list. The magazine highlights the affordable cost of living, quality health care and investment in good infrastructures, which place the country in a good position in this ranking. The magazine also mentioned sunshine, which is present all year round, and the wide beaches along the coast, which are clean, in a country where pollution rates are low and streets have no litter.

These are the main reasons why in 2019 foreign buyers accounted for 35% of total real estate investment in the housing segment, with a total investment of EUR 744.3 million. Last year, around 1630 residential properties were acquired by international buyers, which represents an average of 31 properties per week. The parishes of Santo António and Santa Maria Maior are, in Lisbon, the parishes of choice for these investments, which represent, respectively,  17% and 16% of the international amount invested in housing.

The investment came from investors of 92 different nationalities, which represents an increase of 8 nationalities over the previous year. Among the 92 countries that invest the most in real estate in Portugal, those with the most investors are China, France, Brazil, the United Kingdom and the United States. 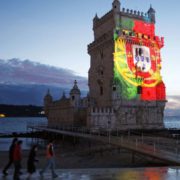 Portugal is the 25th best country to invest in

Portugal is an example in the response to COVID-19

What is the D7 Visa? 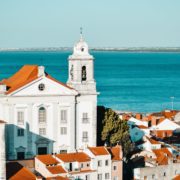 What is the D7 Visa?

The advantages of the Portuguese Golden Visa over the Greek Program

COVID-19 – Exceptional regime for situations of late payment of rent

ATTENTION: This site uses cookies. By browsing the site, you are consenting to its use. Learn more about the use of cookies.

We may request cookies to be set on your device. We use cookies to inform us when you visit our website, how you interact with us, to enrich your user experience and to personalize your relationship with our website.

Click on the different category titles to find out more. You can also change some of your preferences. Please note that blocking some types of cookies may affect your experience on our websites and the services we may offer.

These cookies are strictly necessary to provide you with services available through our website and to use some of its features.

As these cookies are strictly necessary to deliver the website, you cannot refuse them without affecting the functioning of the website. You can block or delete them by changing your browser settings and forcing the blocking of all cookies on this website.

These cookies collect information that is used in aggregate to help us understand how our website is being used or how effective our marketing campaigns are, or to help us customize our website and app to improve your experience.

If you don't want us to track your visist on our site, you can disable tracking in your browser here:

We also use different external services like Google Webfonts, Google Maps and external video providers. As these providers may collect personal data such as your IP address, we allow you to block it here. Please be aware that this can greatly reduce the functionality and appearance of our website. The changes will take effect as soon as you reload the page.